Dave Bonta is not only the driving force behind the great source that is Moving Poems.
Dave is also a writer, poet and multi blogger.
A few weeks ago he published 'Twelve Simple Songs'  (check it out, it's really good) 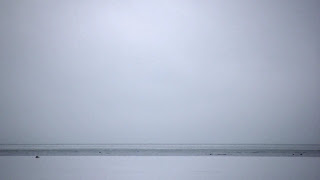 "I guess the best one-line description for the chapbook would be: linked verses in dialogue with photographs about an intercontinental love affair. You might remember my blogging the poems back in January and February. I had the goal of a small chapbook in mind as I wrote, though I was never quite sure whether to speak of these “simple songs” in the plural or singular — most of them wouldn’t really work on their own." Dave Writes. 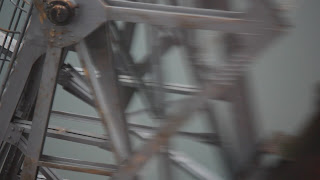 Nic Sebastian approached me with the idea of making a videopoem out of these 12 short poems.
She blogged about the way Dave made this collection accessible online and wanted to do readings of the 'Twelve Simple Songs'

Two reasons to say yes to this project:
Working with Nic's voice and interpretations is always a joy and it had been a while.


Dave's passion for poetry and videopoetry has been a huge influence on me and my work.
I think it's fair to say that Swoon wouldn't be where he's at without Dave.

To the cutting table.
Nic send me the audiofiles of her readings. Very good readings.
I wanted a track with a simple melody that pops up a few times against the backdrop of atmospheric disturbance. I went for this one;


and added a stream of atmospheric noises, clicks and crackles.


For images I went for a combination of simple images of nature, birds, the ocean, movement and structures. Most of it I filmed myself and I added a few pieces of footage by Matthew August, H.Hattori, Swee Sin Eng.
In the editing proces I chose to let slowed down footage of in and out of focus images (with a small touch of 'zen') go into battle with a sometimes frantic and nervous way of editing against the reading and the background noises.
Anyways, have look and listen for yourself;