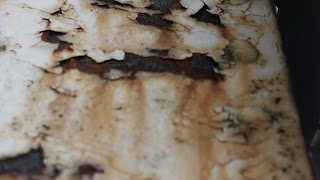 Somewhere in april this year I put out a call...

"I am looking for a writer who is willing to let these three films inspire him/her to write three poems for them…
Look and listen…absorb…look and listen some more…and write…
I’m looking for three new poems (please use the titles of the films) written for these three videos:
Disturbance in the maze
Wailing Wall Crumbs
Ghostless Blues (The story of Vladimir K.)" 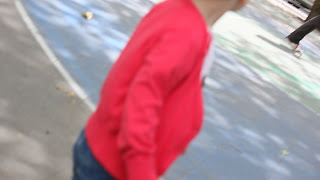 I wanted to turn my working method around. See what came out of it.
Very aware I was, of the fact that these three films were experimental, for the fact the titles could have been a guide for some an obstacle for others. It was an experiment.

I received a lot of questions about what I was looking for in particular, a few questions about timing,
a fair amount of poems that were written earlier, not for the three films (though some of them might have worked)

Until a few days ago, I received three poems by Donna Vorreyer.

these fingerprints will be your thread
follow each turn and twist-oh, Theseus -
halo bursts of light then closed doors

opening and shutting of some god’s eye
hands; windows -no closer to the end
and then again: the trees the light

until the stones crumble to dust, to pebbled
concrete, to a gray day on a puddled beach
a railing with no pockets for your sorrow

Ghostless Blues (Story of Vladimir K.)he chases the prayers of the trees
they crumble beneath his fingertips

in the frantic whirlwind of air but
he keeps typing, madman panic

into the blue black eye of god, of sky
then a dripping, a slowing, then:


I knew Donna from the Propolis Project last year. 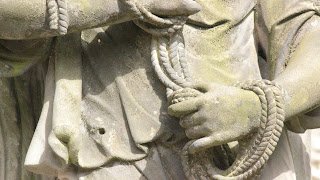 Her three poems did exactly what I was hoping for when I put out the call.
She was the first one whose poems gave me the feel that they somehow belonged to the images.
I really had the sense that she reacted to the films and gave them content and a story

Her poems give these three films a less experimental character, and that was exactly what I was hoping for.
She recorded them for me, so I could start the editing proces.

Her words made it fairly easy;  I only added a few images or made additional cuts according to the reading of the poem. I did put in some new footage in all three as a leitmotiv, a storyline.

The only thing I doubted about was to put out three separate video's or combine the three into one.
Here's the answer:


ESCAPE (a tryptich) from Swoon on Vimeo.